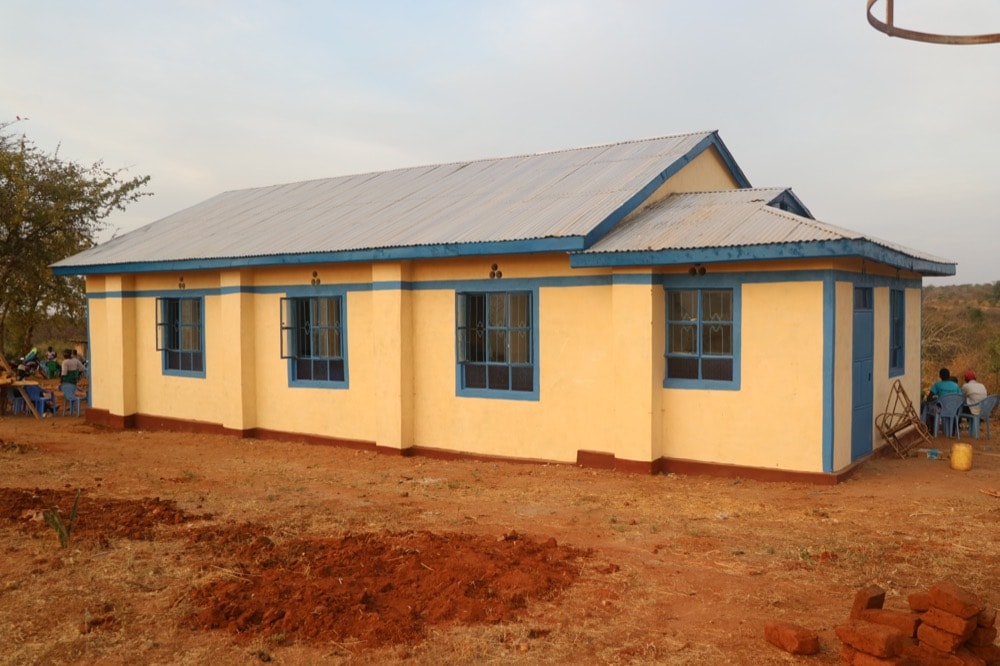 Fishers of Men Church at Muamba is located in Kitui County in Eastern Kenya approximately 20 kilometers from Kyuso. This village holds a very special place in the heart of Pastor Joshua Ngao’s.  This area was his childhood home; growing up here lead to many special memories.

During a visit to his native country in 2008, Pastor Joshua Ngao was able to return to village of his childhood home, Muamba.  He was able to share his love of God with his friends and family and these villagers willingly received his preaching.  Pastor Joshua’s leadership was readily accepted as he was one of “their own” returning to bring them the light of the Gospel.  Sharing his love and dedication to the Lord led many clansmen and villagers, including his own family, to give their lives to Christ Jesus.  Thus officially starting the Muamba Fishers of Men congregation.  Later partnering with a church in Davenport, Iowa (U.S.) FOM Ministries was able to build a permanent church where the people of Muamba worship together today.

The people of Muamba have walked over 20 miles on a daily basis to fetch water for in excess of 50 years. Often, the trek was made in hopes that water would be available, especially as the drought condition became more severe.  Again in 2010, Pastor Joshua and ministry partners from Davenport, lowa worked together to fund the drilling of a water well in the church compound.  It was necessary to drill (or bore) 320 feet down to find fresh, clean water. This new well was a huge blessing to the village for nearly a year. Unfortunately, the on-going drought in the region caused the water level to fall below the suspended pump; leaving many to believe the well had dried up.

In 2016 the drought conditions worsened.  With still no water available from the well, there was a critical need to have the county water engineers evaluate the situation in hopes of finding a solution. The Lord’s blessing for this village became apparent when engineers determined that water availability wasn’t the issue. Because of the well’s 320 feet depth, a hand pump did not provide sufficient pressure to extract the water.

Knowing the water resource was accessible by simply adding an electric pump and solar power, the flow of water could be restored. God continued to work behind the scenes while the engineers worked on a solution.  Funding for the electric pump, solar power, and holding tank were provided to FOM Ministries with the help of two generous donors and Sherrard Junior High School student body.

Believing that education is the key to life and remembering how many miles he had walked as a child to attend school, Apostle Joshua dreamed of starting a local school. The distance to the closest primary school was so far away, it simply was too dangerous for young children to walk to school. With help from The Heights Church located in Collinsville, Illinois, a village primary school was started in January 2018.  The community is actively involved in operating this critically needed resource.

Muamba FOM Church is led by pastor Jackson Mwenga Musyoka and His wife . Together with the church’s board of deacons, they work in partnership to provide the leadership and ministries to support this community of believers.  The church has also established a pre-school that helps local children begin the preparation for attending school.

Tis church is an active and vital part of this rural community.  Working together, these believers are supporting one another with their fellowship and working to improve the lives of the entire village, especially the children’s.

Fishers of Men Muvati worship center is located in Kitui County in Eastern Kenya.  This church is about seven kilometers from Kitui town center and 190 kilometers East of Nairobi (or just over a three hour drive).

In 2009, Pastor Joshua visited Muvati which was the native home to one of the FOM minister’s.  During his visit, village residents shared how strongly they felt a need for a church and Christian faith community in the village. Unfortunately, many people in this particular area were living in fear because of the witchcraft / black magic beliefs and practices which are very prevalent in the area.

Immediately after hearing their concerns, Pastor Joshua Ngao, Founder and President of FOM Ministries, felt led to start the Muvati worship center.  He was moved by the urgent need of the local people in their craving the truth of the Gospel and a desire to know the Lord.  Initially, the group began meeting as a small house fellowship.

This little group of believers continued to grow.  A short while later, the mother of the church’s Pastor Masila donated land, a generous gift which prompted the planting this church.   This dedicated group of believers worked together and built a tiny temporary church building creating Muvati FOM Church.

Later in 2010, while this area experienced severe drought, Pastor Joshua continued to work tirelessly to obtain funding.  With help from committed donors, a water well was dug near the church making available sufficient water for villagers and their livestock.  Thus providing hope and encouragement to a struggling community.

Back at FOM Ministries’ headquarters in the United States, Pastor Joshua Ngao continued to be instrumental in helping this determined small group of Christians.  Pastor Joshua and Pastor Brett Black, partnered together in funding the construction of the permanent building for Muvati FOM Church.

Today, this congregation is under the leadership of Pastor James Masila and his wife, Peninah. Together with the church’s board of deacons, they work in partnership to provide the structure, leadership and ministries that this community of believers need.  There are still forces of evil, witchcraft and black magic, practiced in the area but together these devoted Christians continue to serve their community and praise our Mighty Savior.

This relatively young, growing church is located in the Eastern Kenya, Kitui County.  It is situated a little more than 25 kilometers from Kyuso.

Kilawa Fishers of Men Church began, as one of the original missional communities of Fishers of Men Church Muamba.  During a visit to Kenya, his native home in 2012, Pastor Joshua officially commissioned this Church. FOM Ministries Headquarters and faithful friends from the U.S. secured funding allowing this Christian community to purchase land and build a semi-permanent place to worship.  The church community continued to grow making it such that the building could no longer accommodate the entire congregation. The Lord rewarded their continued faithfulness and over time Pastor Joshua and ministry partners raised the resources and constructed a new permanent church.

During one his visits to this village Pastor Joshua saw first-hand the tremendous hardship people of this village encountered daily.  Because of lack of water, people were walking for miles in search of water.  After returning to the United States, Pastor Joshua shared this church’s story with others. Faithful and dedicated ministry partners worked tirelessly to raising funds to drill a borehole. Today the borehole and pump are powered by solar panels and is able to supply the entire village with water for families and livestock.

The Church is led by Pastor Benjamin Joshua Muthengi Makola and his wife, Tabitha. Together they are helped by the church’s board of deacons to make sure that the church can minister to the local community.  This church has continued to grow steadily; bringing the light of Christ to an area with such great needs.

Fishers of Men Ministries church of Tseikuru Township is in the Eastern region of Kenya. This church began as a fellowship with 34 members. Two weeks of being officially opened in early 2020, all the churches in Kenya were closed by the government due to Covid-19 pandemic. By March 2021, the church had celebrated their first anniversary and due to their growth was officially commissioned as a church congregation.
The church has continued to grow by reaching out to community members and offering further services through the Tseikuru Vocational Training Institute. The ministry with the help of generous donors have now started a Sewing/Seamstress Shop & grocery store. A number of the first graduates from the Vocational Training Institute are sewing and selling uniforms to the schools around the area. The shop also carries a few grocery necessities available for local villagers.
The Tseikuru church has continued to grow steadily; bringing the light of Christ to an area with such great needs. This church now has nearly 80 members, 30 children attending Sunday School, and 3 missional communities. At present, the biggest challenge is SPACE. The church is located in a rental house and as the number of members is increasing; they are quickly outgrowing their current space.
The church has a desire to purchase land where they can construct a church building with sufficient space for worship and classrooms for Sunday School. On the same property, they would like to include a dormitory offering safe housing for the girls who are attending the Tseikuru Vocational Institute.
The church is under the leadership of Pastor Samuel Kasuku and his wife Liz Muthui. Together they are helped by the church’s board of deacons which enables the church to minister to the local community and continue evangelizing to win more souls to Christ. 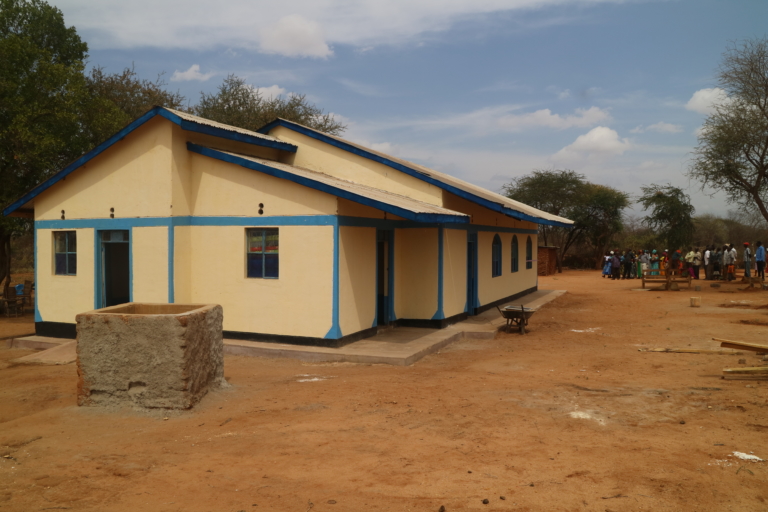 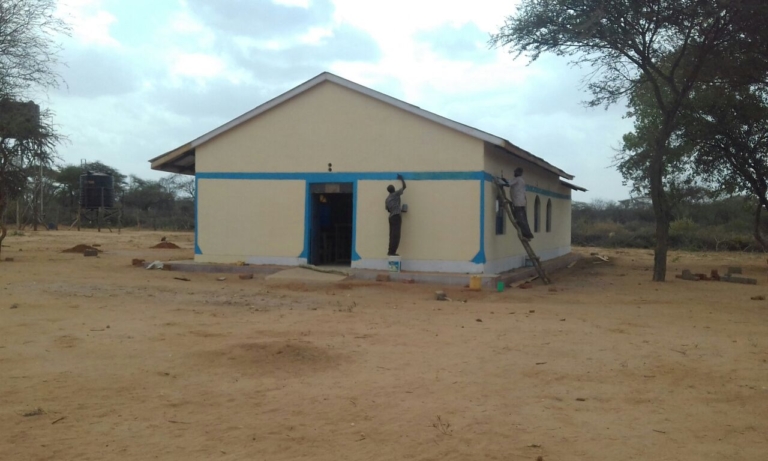 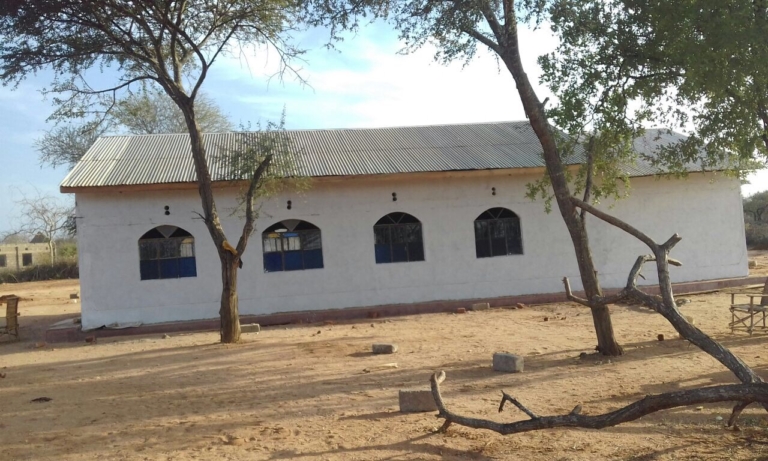 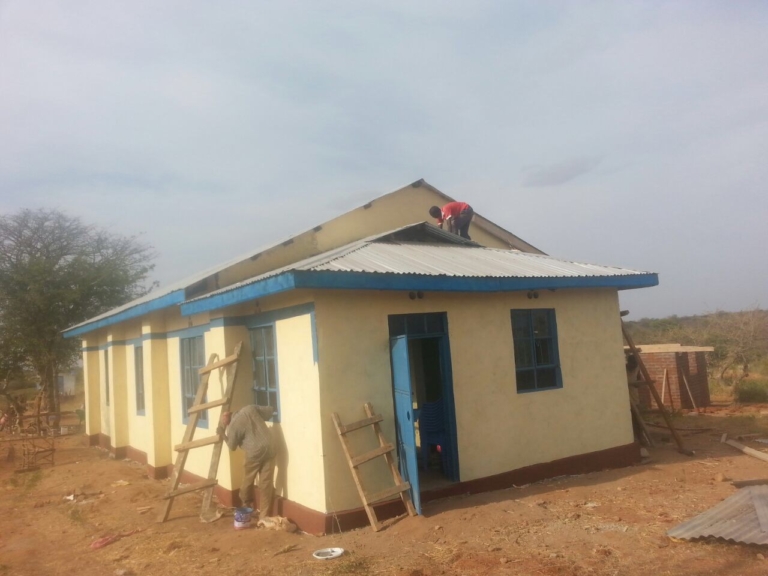 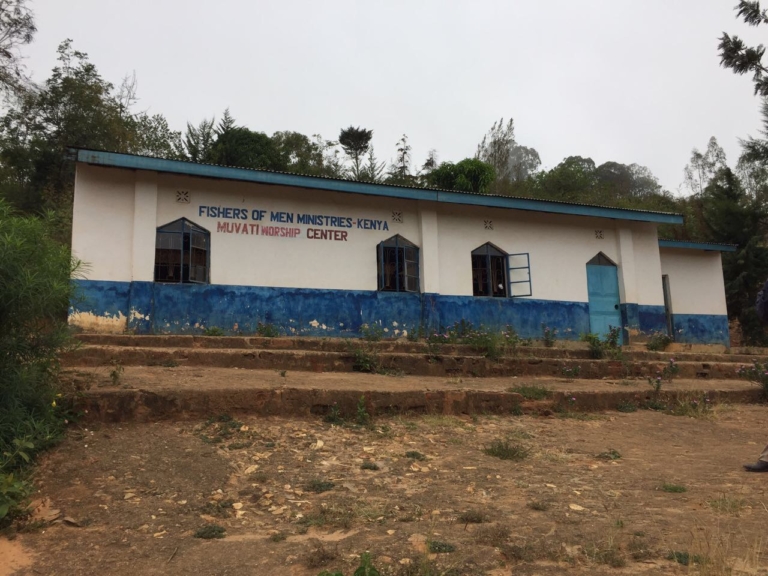 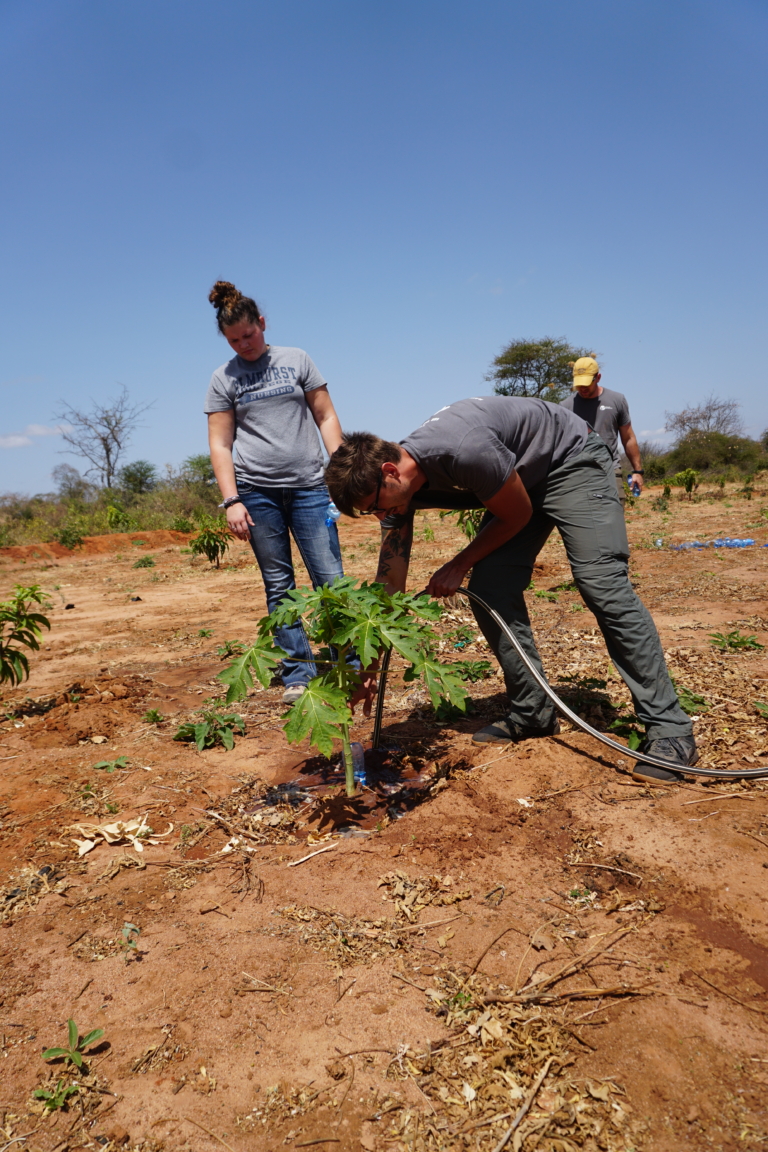 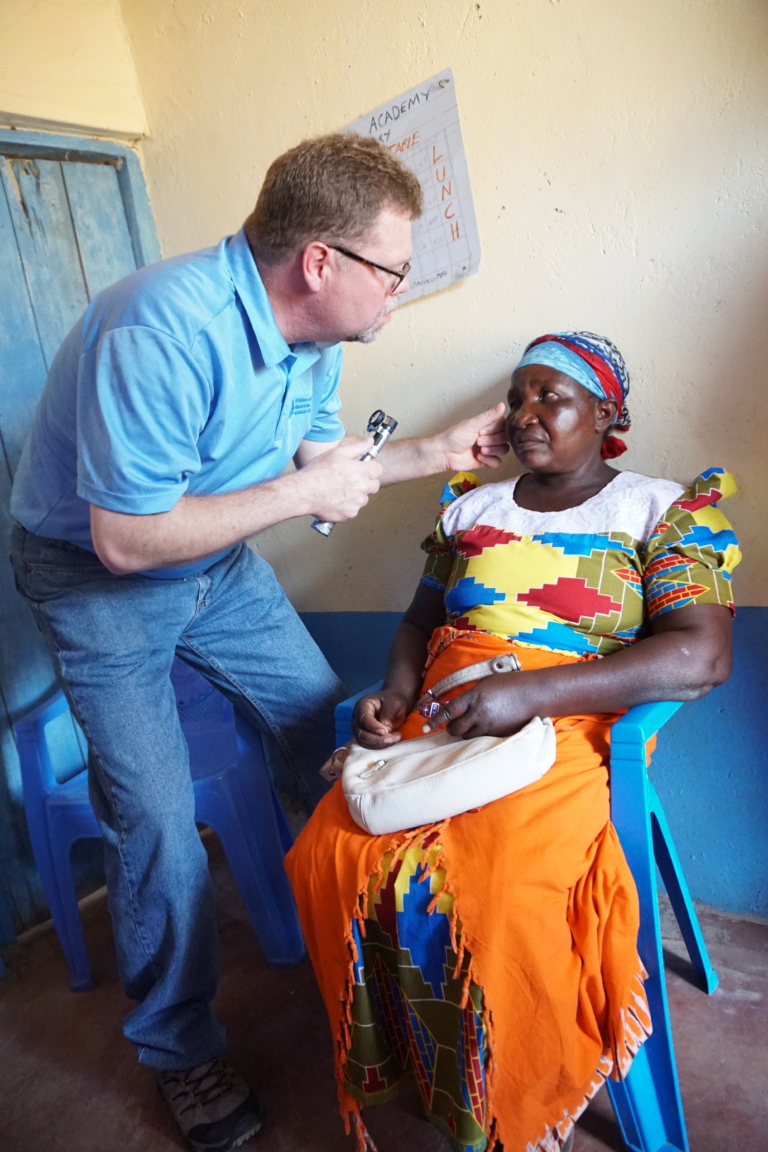 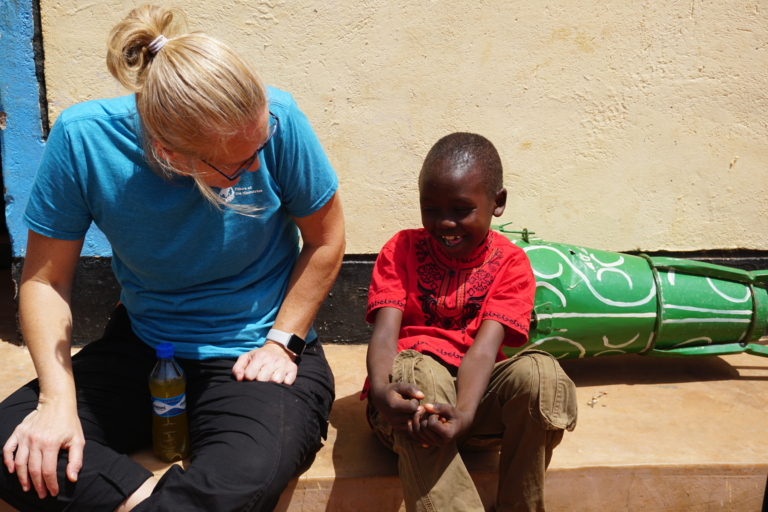 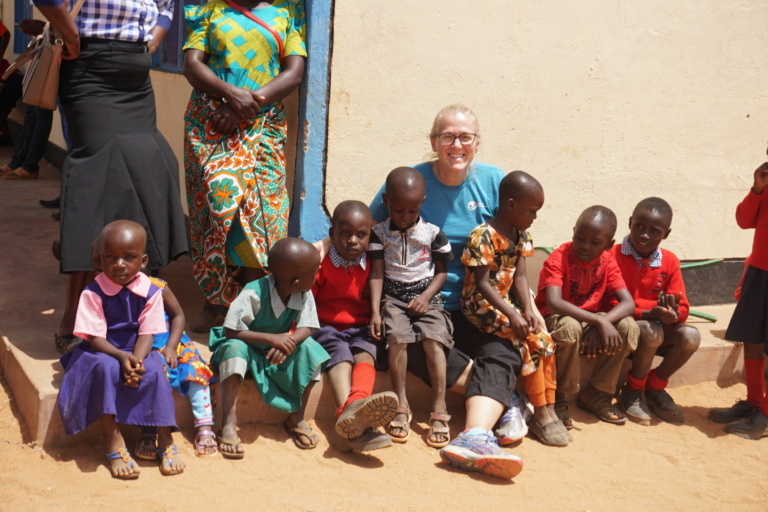 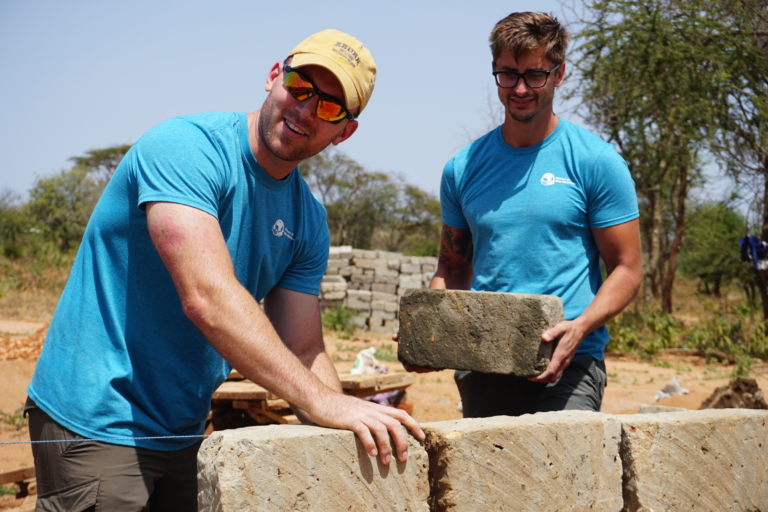 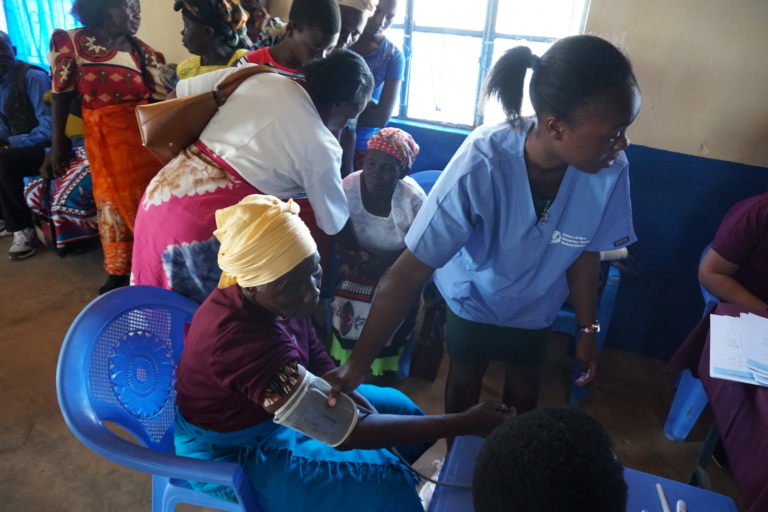 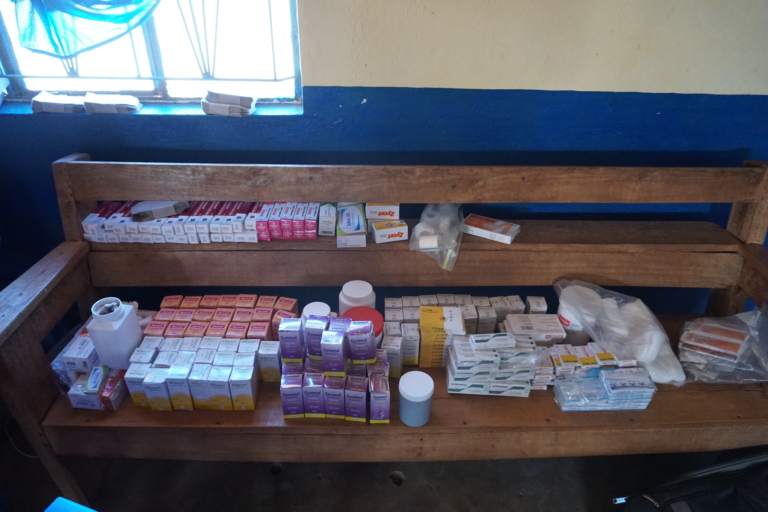 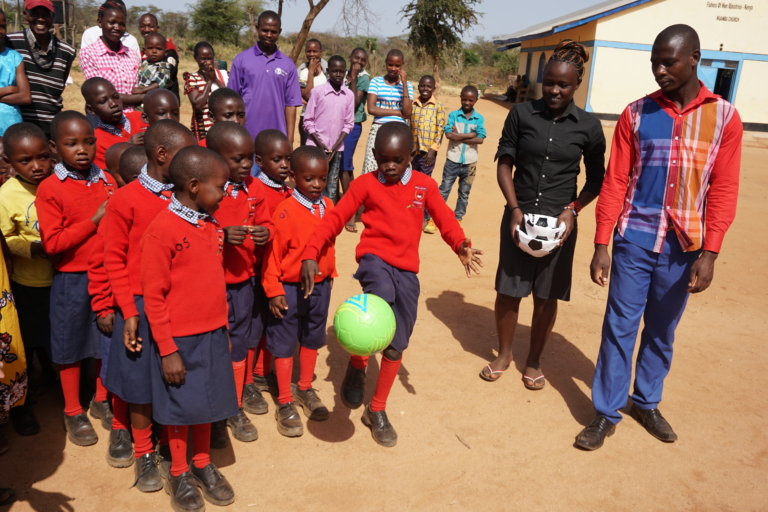 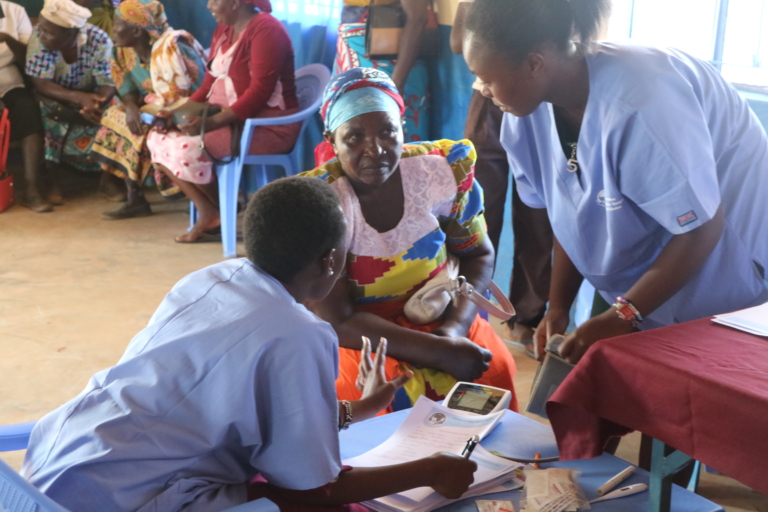 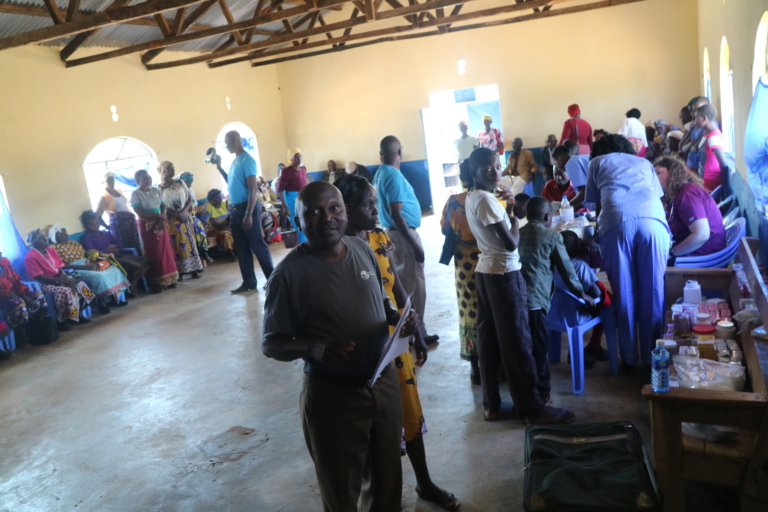 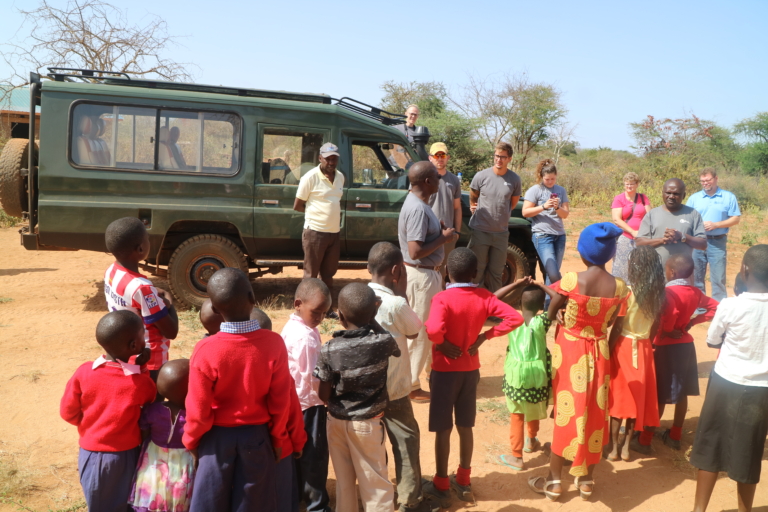